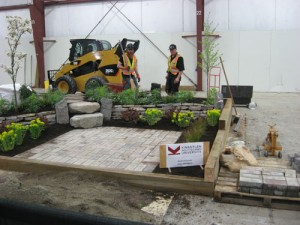 “I was very impressed with the way in which Kevin and Jason represented Kwantlen,” said Rob Welsh, KPU School of Horticultural Instructional Associate and Skills Competition Coach and Sponsor. “Both students worked extremely well as a team and their success is being awarded the well-deserved gold medal.”

Skills BC hosts 13 regional and one provincial competition each year, aimed at celebrating and rewarding students for excellence in their mastery of skilled trade and technology capabilities.

This is O’Connor’s second time competing at Skills BC and his second gold medal. He’ll join Thompson at the National Skills competition, taking place June 5-8 in Vancouver.

Kwantlen Polytechnic University has been serving the Metro Vancouver region for 30 years, and has opened doors to success for more than 250,000 people. Four campuses—Richmond, Surrey, Cloverdale and Langley—offer a comprehensive range of sought-after programs, including business, liberal arts, science, design, health, trades and technology, apprenticeships, horticulture, and academic and career advancement. Over 18,000 students annually have a choice from over 200 programs, including bachelor’s degrees, associate degrees, diplomas, certificates and citations.